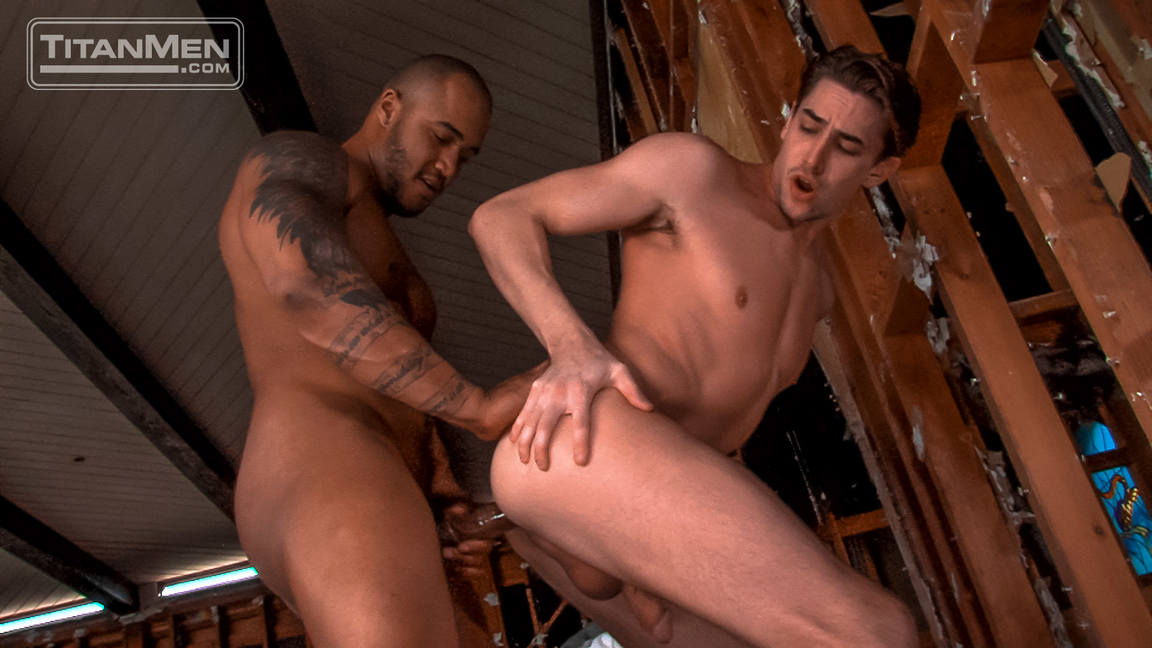 “I kind of had a feeling you like dick,” smiles Jason Vario, catching Jack fresh from his fuck. “Want some more?” He frees his huge meat, a spit strand connecting it to Jack’s hungry mouth (“Fuck, that’s a big dick!”). Jason grabs hold of the sucker’s hair, spreading his lips wide as he plows his mouth. “Choke on that,” moans Jason, his cock disappearing as Jack gulps it up, spit dripping from his chin. “Good boy,” says Jason, reaching down to play with Jack’s smooth ass.

“Let’s see what you got,” says Jason, marveling as Jack drops his jockstrap, “Jesus, big as I am!” Jason sucks him back, his nose planted in Jack’s pubes. He turns Jack around and eats him, then slams him fast and hard from behind. “Spread your ass for me,” instructs Jason as he goes harder, their sacs flying like crazy. Jack sits on it, his own dick bobbing up and down, slamming Jason’s quad. The top strokes him as he rides, then gets him on his back.