Higaken gets the double team treatment from the other two, who are nibbling his nips and slurping at his big swelling tool. He wants a part of the action himself, so when Kotaro stands Higaken cups his nuts and sucks his stiff piece. Then he kneels to take both Fuji and Kotaro down his ravenous throat. The action heats up when Kotaro lies back with legs up and raised and Fuji buries his face in that hungry butt. Higaken licks Fuji’s ass from behind and everyone’s reaching a boiling point.

Fuji breaks out the lube and greases up Kotaro’s booty, sliding in a pair of fingers. Kotaro uses his nimble mouth to roll a condom onto Higaken while Fuji wraps his own hard piece. Higaken gets first crack at that perfect crack, plowing into moaning Kotaro. As he starts pumping, Fuji gets his mouth onto Higaken’s nuts. When it’s Fuji’s turn to be the top of the heap, he pounds in fast and pinches his nips. Higaken licks Kotaro’s dick and all three grind away in an uninhibited frenzy. Fuji gets on all fours to revel in Higaken’s big cock slamming his butthole. Kotaro stands and feeds his dick to Fuji.

Kotaro gets his turn at Fuji’s ass, but by now everyone’s perched at the edge of explosion. He grabs Fuji’s hips and speeds up his thrusts to the point of no return. Higaken watches and sprays out a sticky wad. Fuji’s beating fist milks a creamy load onto his tight abs, and Kota has no time to rip the condom off before he splatters his spooge into the rubber. A hot time was had by all! 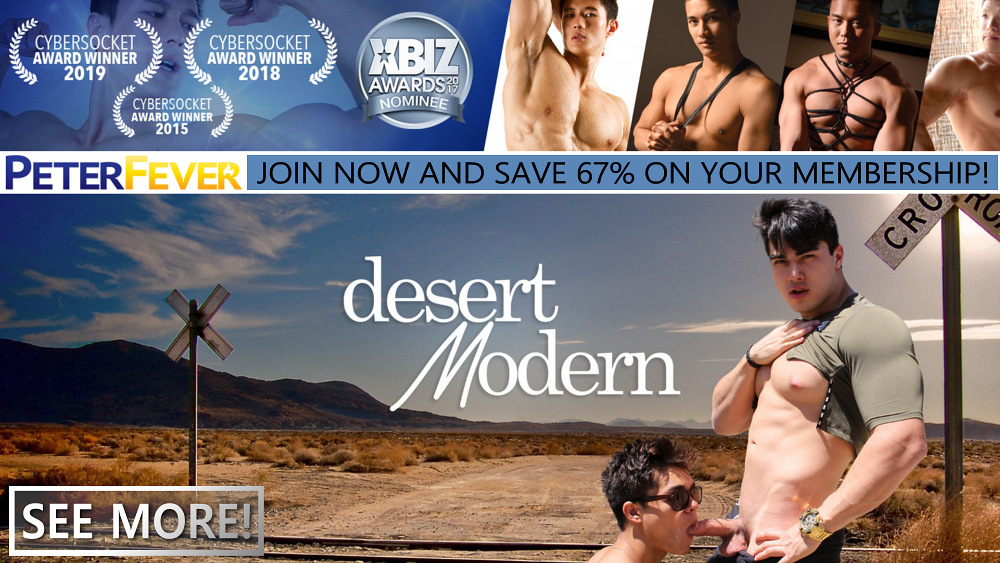