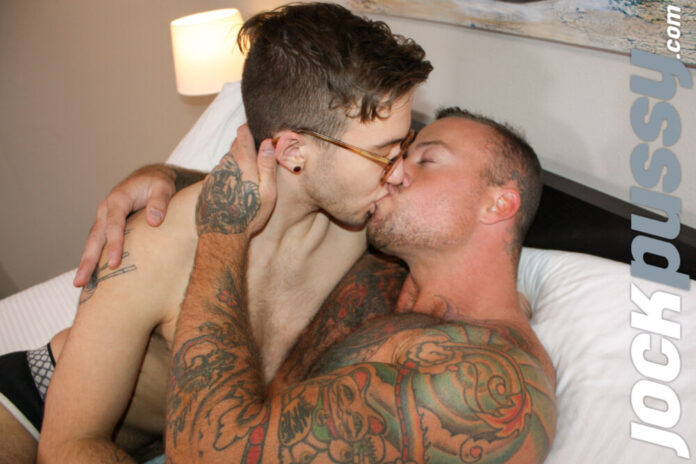 This week from JockPussy, hairy muscle man Sean Duran is hard inside his briefs even before he rolls on top of Ari Koyote to make out. Ari sucks Sean’s thick cock bedside, looking up at him past his pecs. Then Sean returns the favor with his head between Ari’s thighs to eat his shaved, pierced jock pussy.