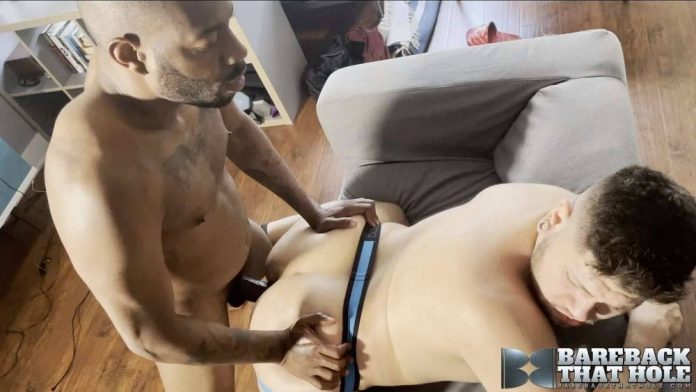 They start by kissing but quickly get undressed as Caleb drops to his knees. With his hands and mouth, he makes sure to treat August’s dick with the respect it deserves. In return, August gladly devours an entire meal out of eating Caleb’s hole before feeding Caleb some more cock. When ready, Caleb takes a seat on August and shows his cock a good time as it fills his juicy hole deep. Then it’s August’s turn to do some work as he stands up and fucks Caleb from behind. Caleb’s moans let August know he is enjoying every stroke. Caleb gets on top once more so he can shoot his load on August’s chest before August lays back and strokes out a load.