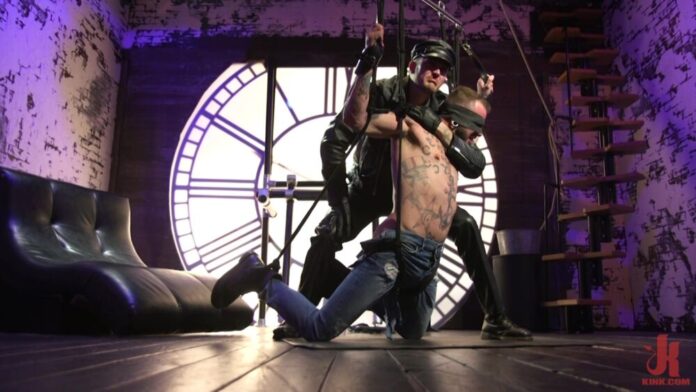 Christian Wilde & Johnny Hill play hard in this week’s hot scene by Kinkmen. Leather stud Christian torments and fucks sexy Johnny. Dressed in leather from head to toe, Christian Wilde descends a spiral staircase. He goes to check on Johnny Hill, who he has on his knees, blindfolded with his shirt off, bound in rope, with his hands up. Christian gets to work, taking his sweet time on such a treat.

Christian creeps up from behind and smothers Johnny’s mouth with his leather-gloved hand. He rips the ass out of Johnny’s denim blue jeans, pulls down his underwear and hits him repeatedly with his leather flogger. Christian unbuttons his leather pants and whips out his big hard hog. Although Johnny tries to fight it, he can’t resist the chance and gags on Christian’s big meaty rod.