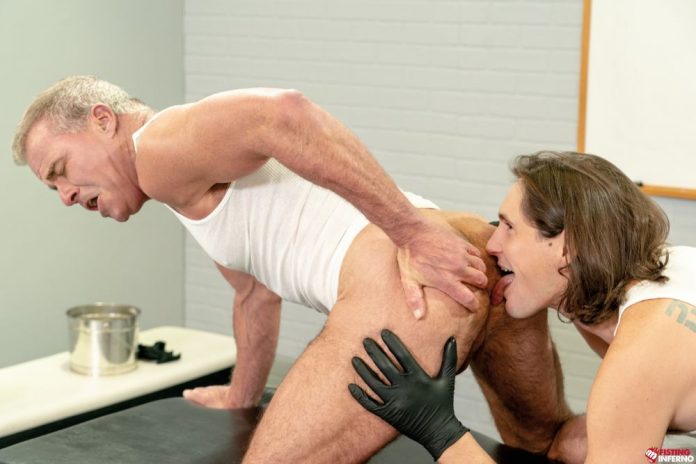 After Coach Dale is practically begging for it, Tony gloves up and begins to work his lubed fists into Dale’s eager hole. After taking it from behind, Dale tries his hand at riding Tony’s arm as deep as he can. Switching positions, Dale gets on his back to take Tony’s hand at new depths.

As Tony goes deep and massages his coach’s prostate, Dale strokes his cock until a thick load shoots and lands on his thigh. Tony licks up Coach Dale’s load and snowballs it in his mouth before they seal the deal with a cummy kiss. We guess this means practice is officially over.