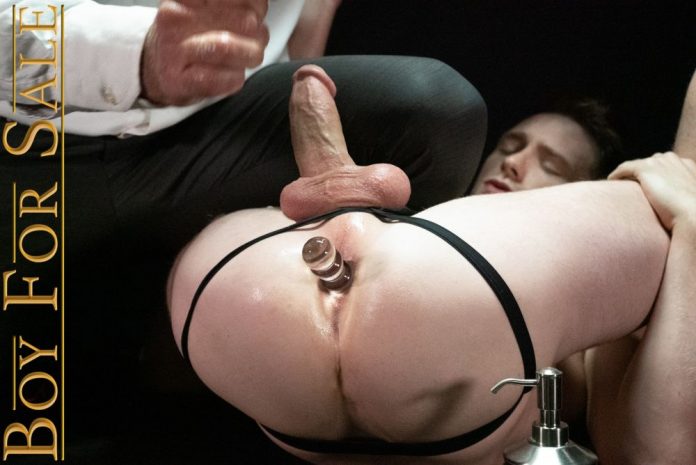 It’s time for the auction on Boy For Sale. Cole Blue isn’t ready to find his new owner yet but Felix Kamp is going to help the boy for sale. Lubing up his fingers, Master Kamp started by penetrating Cole’s hole with just a single digit. His index finger slid inside him, moving around and getting his hard cock even more aroused. As Cole got accustomed to Master Kamp’s knuckles, he slipped in another finger. The two worked in tandem to stretch him out, making Cole moan in ecstasy. 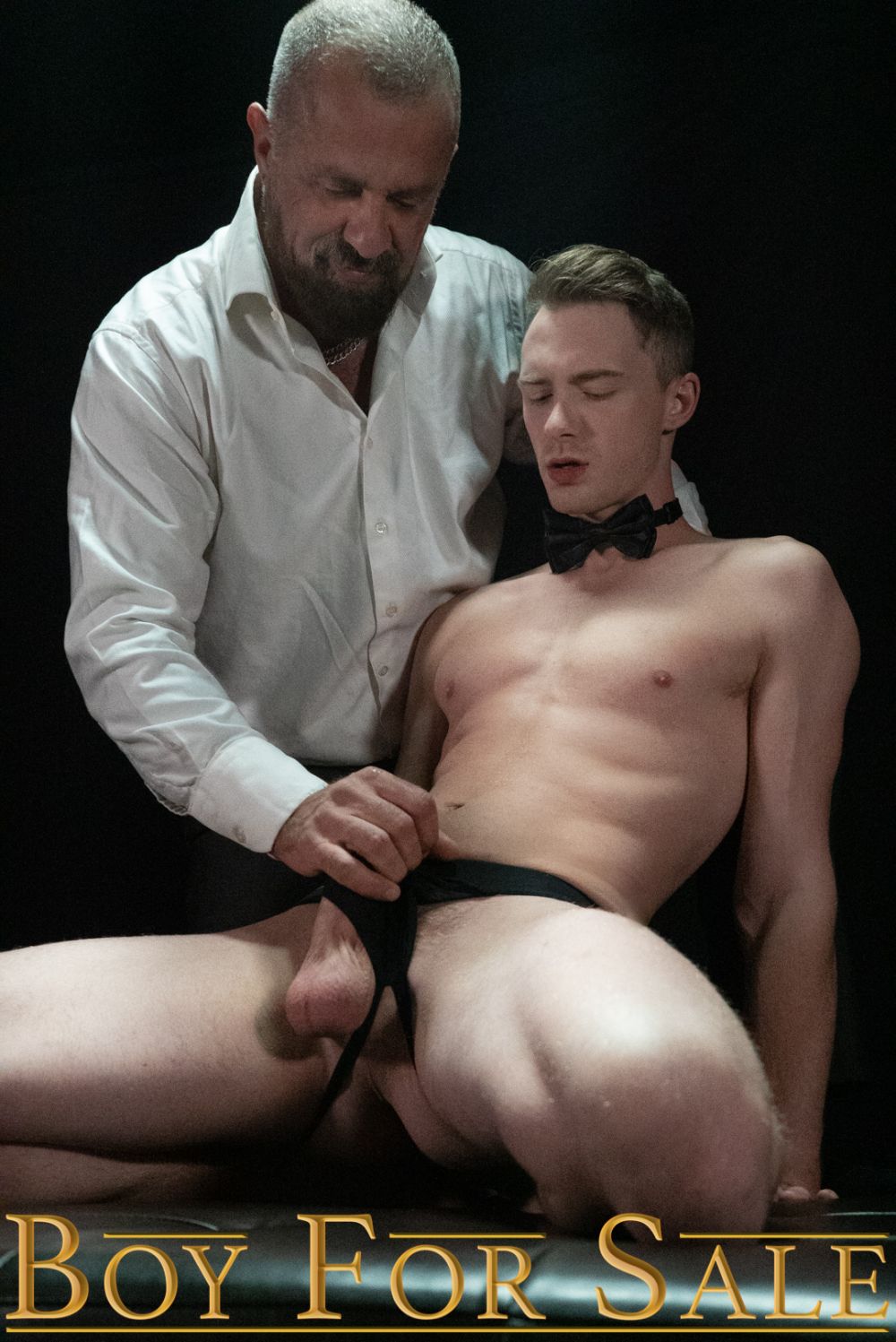 Cole was a hungry boy, loving the deep penetration and the public display of his receptivity. Master Kamp could see it in his eyes that he wanted more, but like a good slave, Cole would never ask for it. He just waited, patiently and respectfully, allowing the older man to decide how he would be filled.

Seeing Cole’s desperation, Master Kamp lubed up his fingers some more, feeling his power flood his imagination. He took his hand and played around Cole’s reddened hole, considering his next move carefully. Kamp didn’t know if he should, but he thought the audience would enjoy a good show. Bringing his four fingers together, he pushed them hard against Cole’s anus, watching as they slowly moved inside, getting sucked up by the slave’s beautiful, hungry hole…

Browse all scenes by Boy For Sale>>>

See more at Boy For Sale>>>