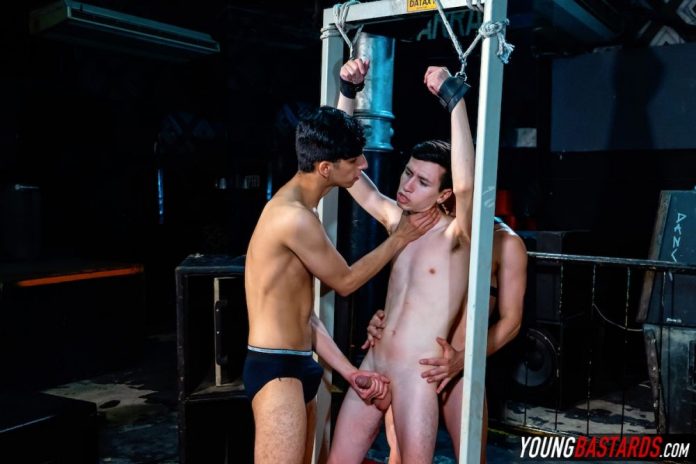 Submissive Sly Conan comes back to Young Bastards’ dungeon. Young masters Fabrice Rossi & Cesar Rose use Sly and fuck his tight ass. Naked twink Cesar can struggle all he likes, he can’t escape the attention of dom boys Fabrice and Sly and they won’t be letting him go until they’ve made use of him. His long cock is soon throbbing up to hardness in wanking hands and his pert little ass is groped and slapped, but with a toy in his pucker and a mouth gobbling his dick he’s soon craving more. They won’t let him cum no matter how much he wants it, he’s going to have to satisfy their needs before they’ll give him the release his engorged meat desires. 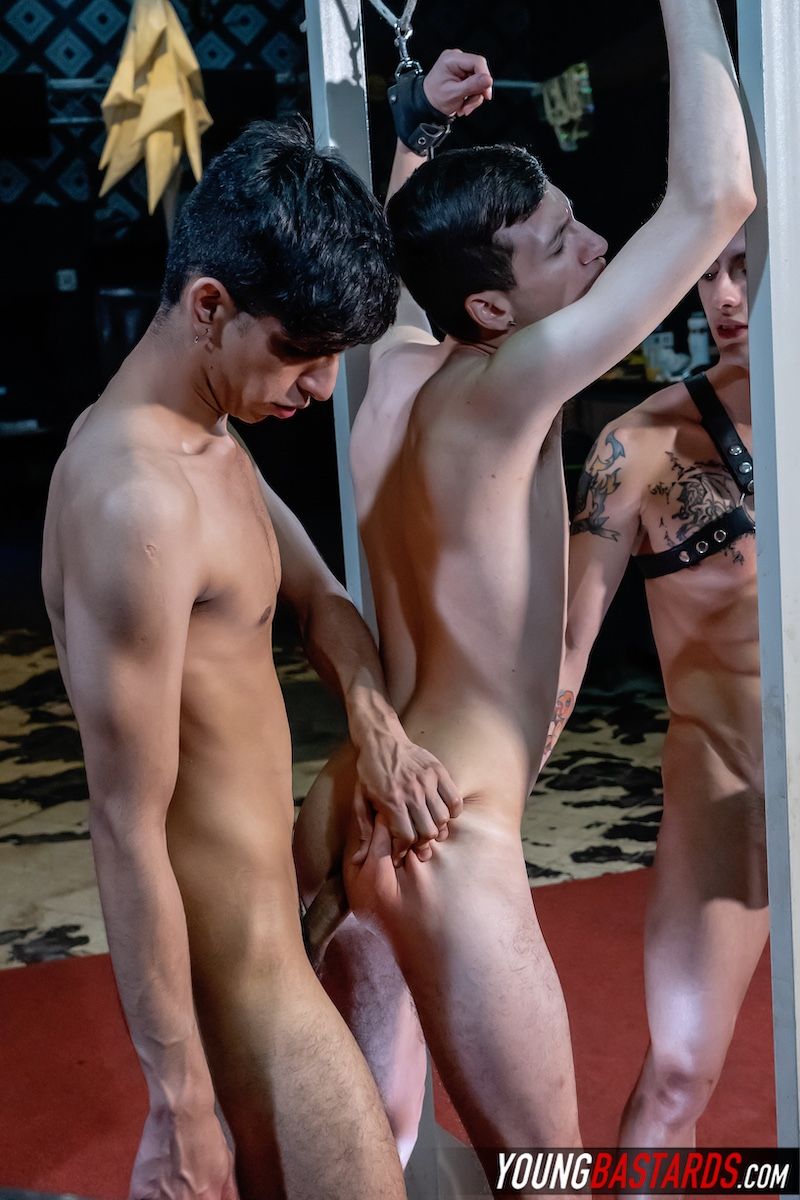