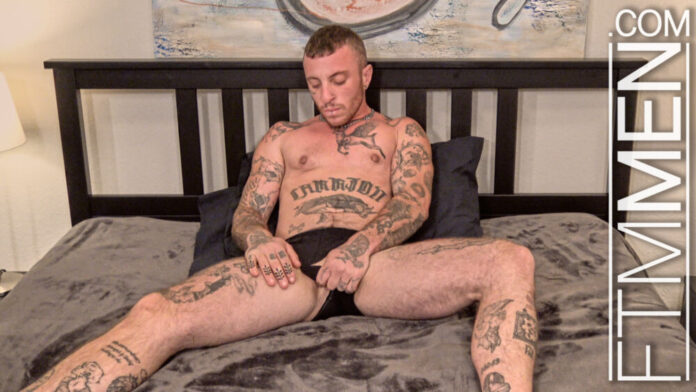 Chance’s body is well toned and sculpted, covered in beautiful designs that draw the eye from his handsome, scruffy face down to his throbbing, swelling dick. He strokes it as he plays with his body, getting worked up and ready for an intense climax. He licks his fingers before sliding them between his thighs, teasing his member and circling the entrance to his pussy. The juicy lips of his cunt ache to be worked over, and Chance knows exactly how to give them what they want. Pulling at the skin and giving us a peek into his pink pussy, Chance works himself into a horny frenzy before reaching for his favorite toy.