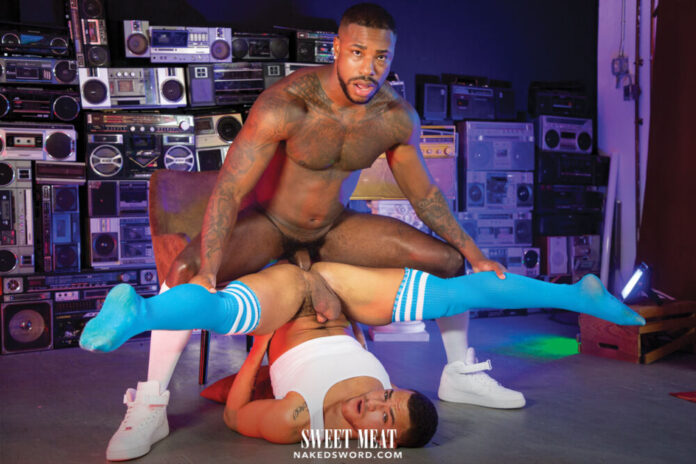 Beaux Banks and Reign give the beginning of Naked Sword’s Sweat Meat.

When he pulls down the sweats, he’s greeted by a skimpy white thong that tightly grasps Beaux’s fat cock and is wedged deeply between his round cheeks. With his stringy underwear pushed to the side, a vocal Beaux whimpers as Reign rims his hole and begins barebacking him with his curved cock.