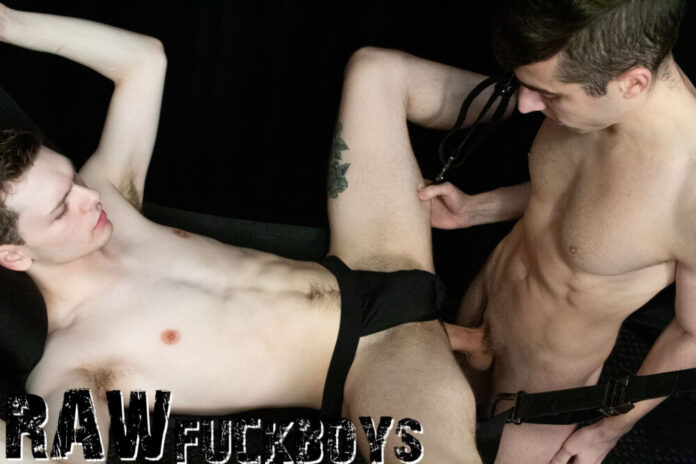 Ethan allows the palm of his hand to glide down Mike’s ripped torso and gently cup his growing bulge. He drops to his knees and carefully releases Mike’s beautiful dick from the shackles of his tight jockstrap. The young boy immediately wraps his mouth around it and draws his soft lips up and down its stiff, 8-inch shaft. Mike pushes Ethan towards a sling in the corner of the dungeon and encourages him to climb inside before squatting between his legs and using his tongue to coax the boy into a state of total receptiveness.

Mike stands and plunges his thick rod into the younger man’s tight, quivering hole. Within seconds, he’s angling and tilting his pelvis so that his raw dick can grind slowly in and out of the gasping twink’s butt. Mike takes his sweet time, savoring every moment of this slow, intense ride. A mixture of precum and saliva is soon dripping from Ethan’s hole and Mike’s dick is sliding in and out with less and less friction.

Mike pauses momentarily before allowing his dick to explode deep inside Ethan, allowing squirt after squirt of sticky semen flood into the boy’s guts. 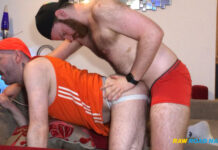