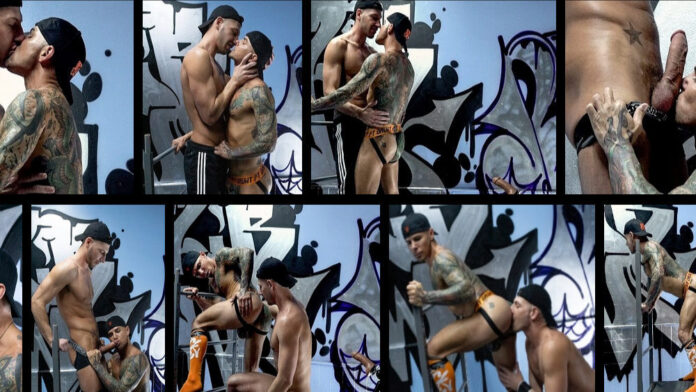 The collaboration between RawFuckBoys and Fort Troff led to the hit of the year. It is everything you can wish for in sex. Shocking, hot action that everyone is talking about. There is hardly anyone who has not heard of Fort Troff, but for those who do not know what it is, here are some facts. Fort Troff started as a regular sex party, but the host noticed that visitors had too many toys to carry – dildos, slings, cock rings, and so on. So he decided to set up a small sex toy store within the basement of Fort Troff. Gradually, the store became larger and more popular to become a symbolic name and probably the most popular gay brand for sex toys and clothing.

The success of the project deserves special attention and because every fan wants to have this movie in their personal collection, RawFuckBoys surprises us with a unique promotion – a 50% discount on all kinds of membership. The studio promises that every minute of “Fort Troff” will amaze you, and make you ask for hard and unusual sex. We are already convinced.

If you want to be part of the intriguing world of Fort Troff, visit RawFuckBoys to experience a whole new horizon of emotions, feelings, and raw passions.