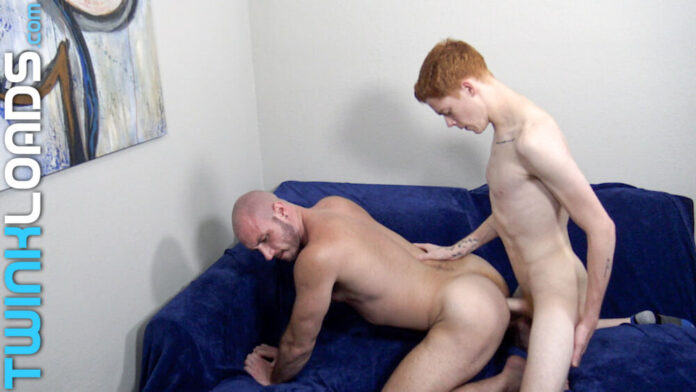 There’s always something pretty special on offer in lieu of a tip… As usual, the door is open and Connor is able to walk straight into Greg’s sitting room. As usual Greg is half naked and, as usual, he doesn’t have any cash on him; they’ll have to figure out a more inventive way for him to pay for his breakfast.