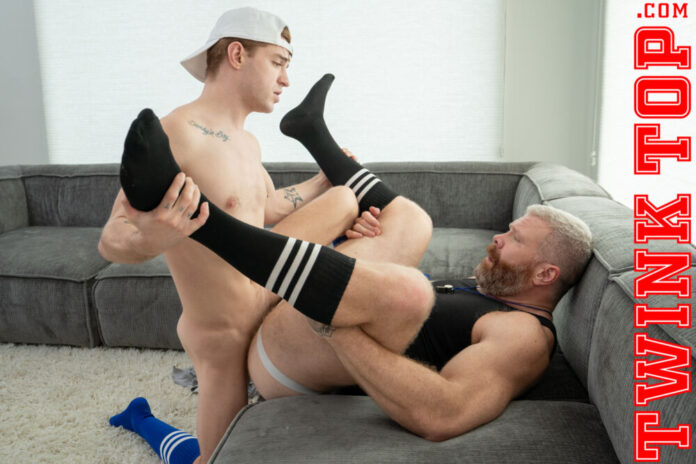 The pleasant adventures of TiwnkTop Tom Bentley continue with Cain Marko. The muscle, older man gets barebacked by Tom deep and hard. You might describe Tom Bentley as the joker in the college baseball team. He doesn’t take his training seriously and regularly injures himself fooling around on the pitch… Fortunately for Tom, new coach Cain is a qualified sports physio, who’s quick to march the boy to his office for treatment when he sees him landing one of his trademark cartwheels badly!

Cain begins to prod and probe the boy’s upper thigh and is momentarily taken aback when he sees Tom’s dick suddenly straining to be released from his shorts. Seeing Tom hard instantly makes the coach hard. The treatment rapidly takes on an air of inappropriateness. Tom flashes lustful glances at his coach who sensuously begins to caress the boy’s rampant meat in his giant hands.