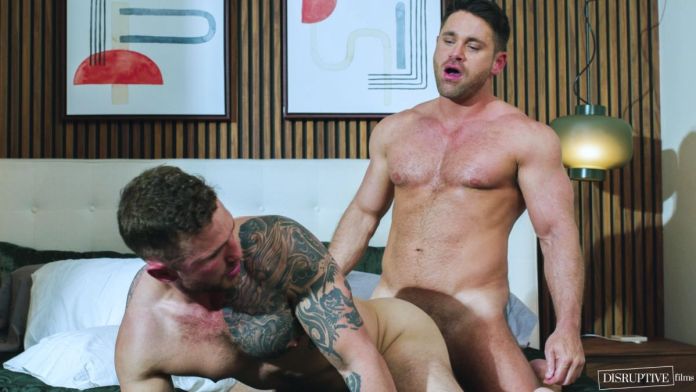 Superstuds Blain O’Connor and Beau Butler embody the roles of two boyfriends with many problems in the amazing scene “Digging” by Disruptive Films. Johnny Forster (Beau Butler) has been with his boyfriend Bentley Witt (Blain O’Connor) for six months and things between them are getting serious.

So serious, in fact, that Bentley has invited Johnny to visit his family’s home in the Valley. Johnny didn’t know how wealthy Bentley’s family was until he went home with him, and after putting the pieces together, he realizes his boyfriend is a member of the infamous Witt family. Secrets and scandals follow the family and as Johnny learns, Bentley has his own part in the family’s business.