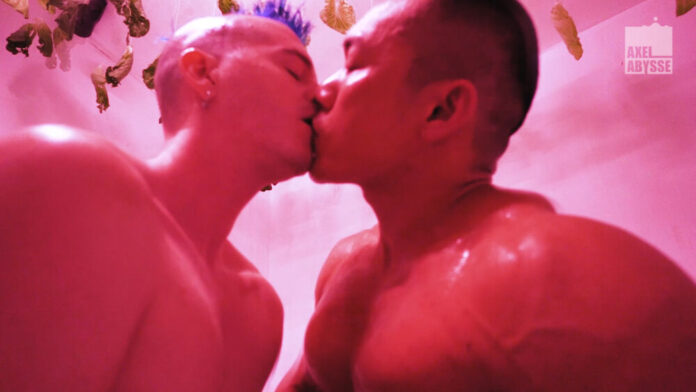 From its first frame, ‘Mucin’ unfolds into ritual and surrealism. A film set backed by seamless white fabric is festooned with dozens of low-hanging cabbage leaves just above the head of a seated, meditative Abysse.

Browse all scenes by Axel Abysse>>> 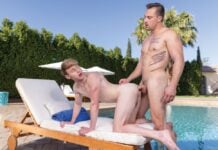 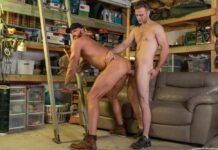