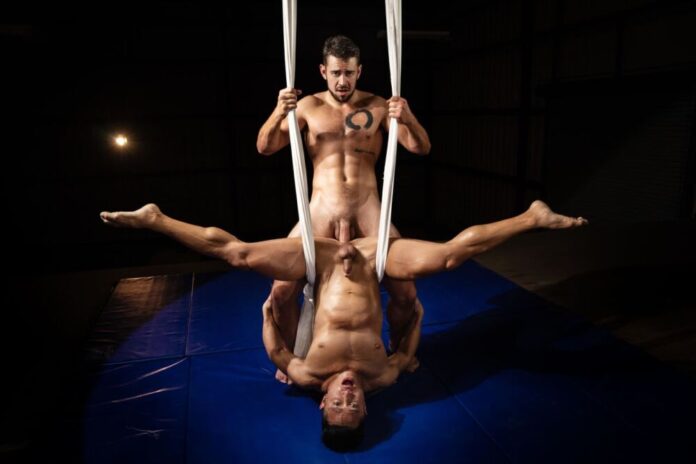 As Dante corrects Dale’s form, the student slips down and ends up with his muscle ass nestled against Dante’s swiftly hardening boner! Dale turns around to pull down his coach’s leggings and suck it, and Dante rims the bottom.

Browse all scenes by MEN>>>