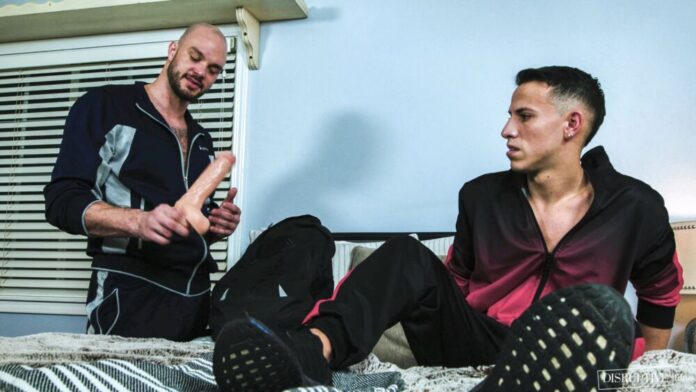 In this week’s hot movie by Disruptive Films, Trust, muscle coach Cliff Jensen gives Des Irez a series of special incentives from behind to make him think like a champion. Tommy Hutchinson (Cliff Jensen) is an Olympic coach and physical therapist who takes his star athlete, Cody Salgado (Des Irez) on a retreat to get him in the right frame of mind for the big games. Tommy uses unorthodox processes to loosen Cody up.

Cliff Jensen knows that true Olympians need a strong boost, something to make them overcome their own limits and reach new heights. Well, a dick in the hole may not be the most common stimulus for an Olympic champion, but the result is phenomenal.